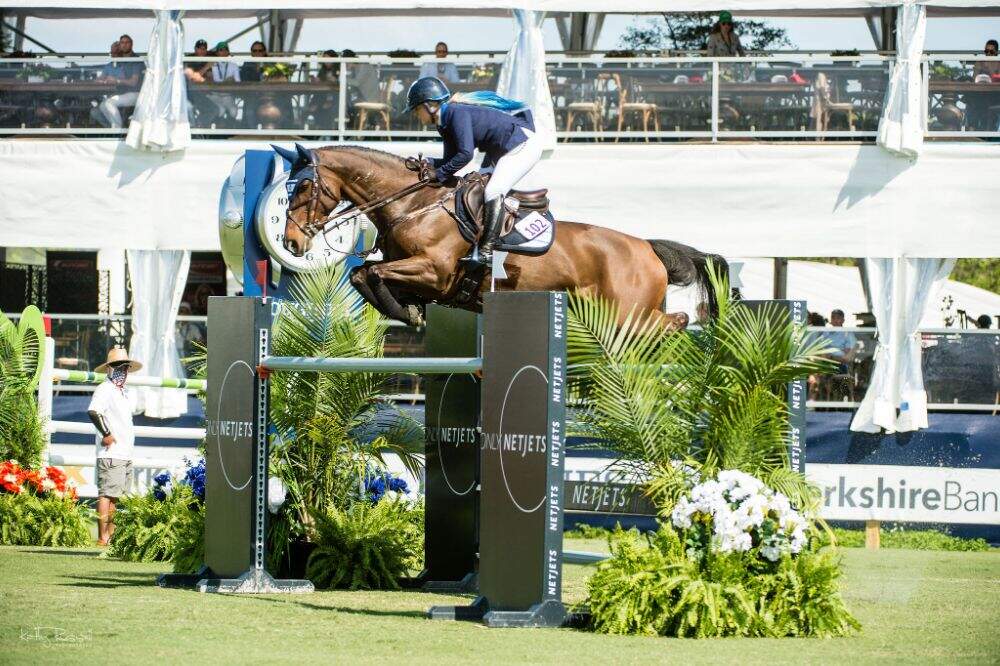 Ashlee Bond (ISR) won her second CSIO5* class of the week in topping the $72,000 NetJets Classic with Ereina. Photo by Kathy Russell Photography

Bond was the first to go in a five-horse jump-off over the 1.55m Alan Wade-designed course, and she jumped clear in 42.32 seconds. Bond said she might have left the door open for the four riders following her, but she explained that she no longer worries about who’s going after her; she just sticks to her plan.