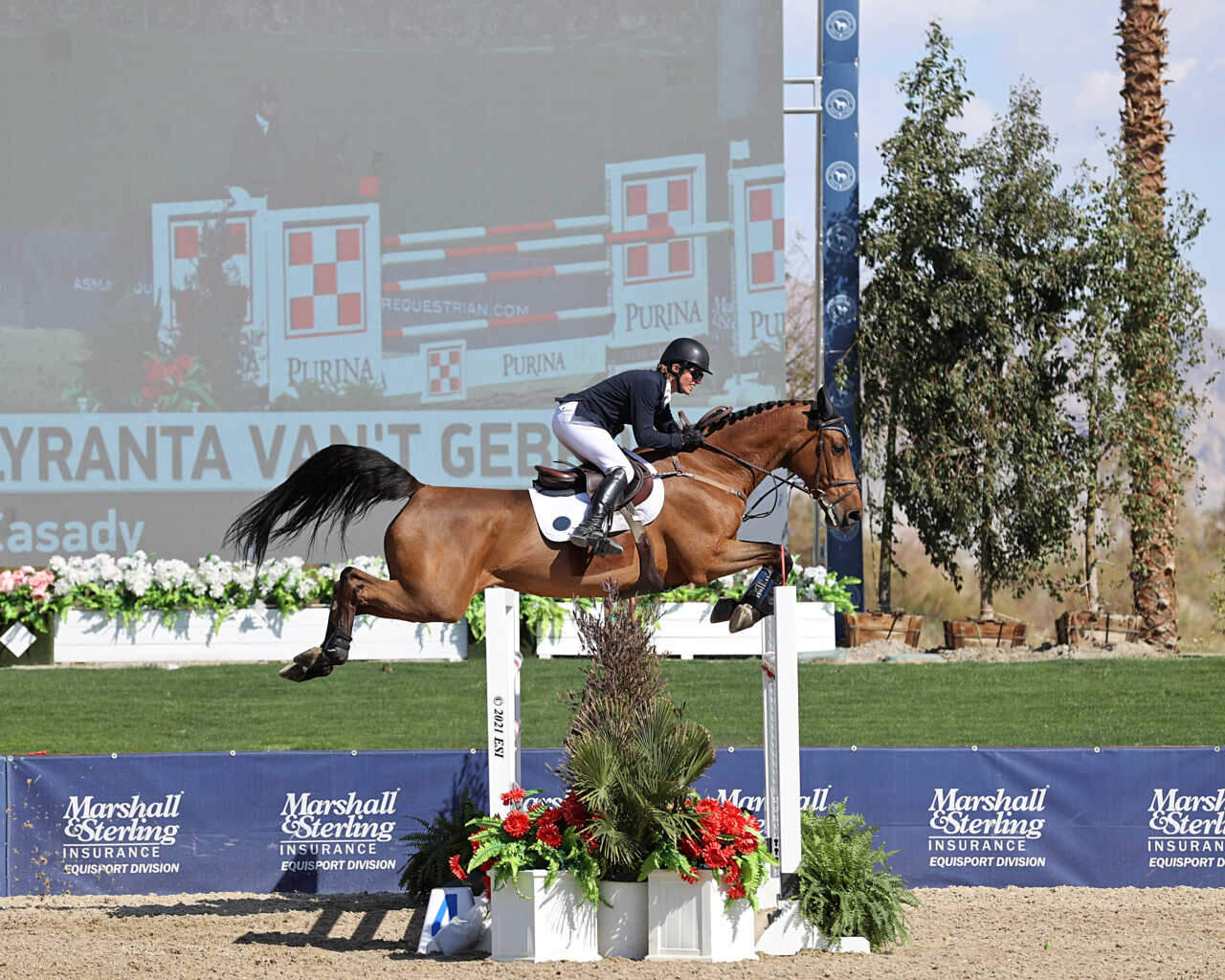 THERMAL, Calif. – March 13, 2021 – Saturday was a beautiful day for show jumping at the Desert International Horse Park (DIHP). The newly landscaped arena and snow-capped mountains provided the perfect backdrop as riders vied for the lion’s share of the prize pool. Thirty-three horse and rider combinations entered under the tower into the Grand Prix Stadium ready to compete in the $75,000 Grand Prix, sponsored by Marshall & Sterling. Leading the victory gallop was Shawn Casady (Harriman, TN) aboard Neil Jones’ Lyranta Van’t Gebroekt.

Peter Grant of Calgary, Canada designed a well-rounded 1.50m track consisting of sixteen total jumping efforts. The course left riders with a handful of stride and distance options to choose from when cultivating a plan during the walk. Grant included a triple bar as the first fence of the triple combination before a daunting five stride to five stride line.

“The triple combination was a really short two with a square oxer out at C, that was tricky,” recounted Casady. “The middle line was a flat five to a short five and some were opting to do 6. There were a lot of options and you just had to do what was right for your horse.”

Three riders mastered the course and advanced to the jump-off; Casady and his mount, Mavis Spencer aboard Castelissimo, and Katie Laurie brought back three horses: Concales, Casebrooke Lomond, and McCaw MVNZ. Casady produced the first clear, earning the Roeckl Time to Beat award with a clean round and time of 41.076 seconds. Last to go on Concales, Laurie produced the only other clear ride but couldn’t catch Casady’s time. Tenths of a second behind, Laurie stopped the clock at 41.946 seconds for a second place finish with Concales.

Shawn Casady earned the Roeckl Time To Beat with the first clear ride in the jump-off. 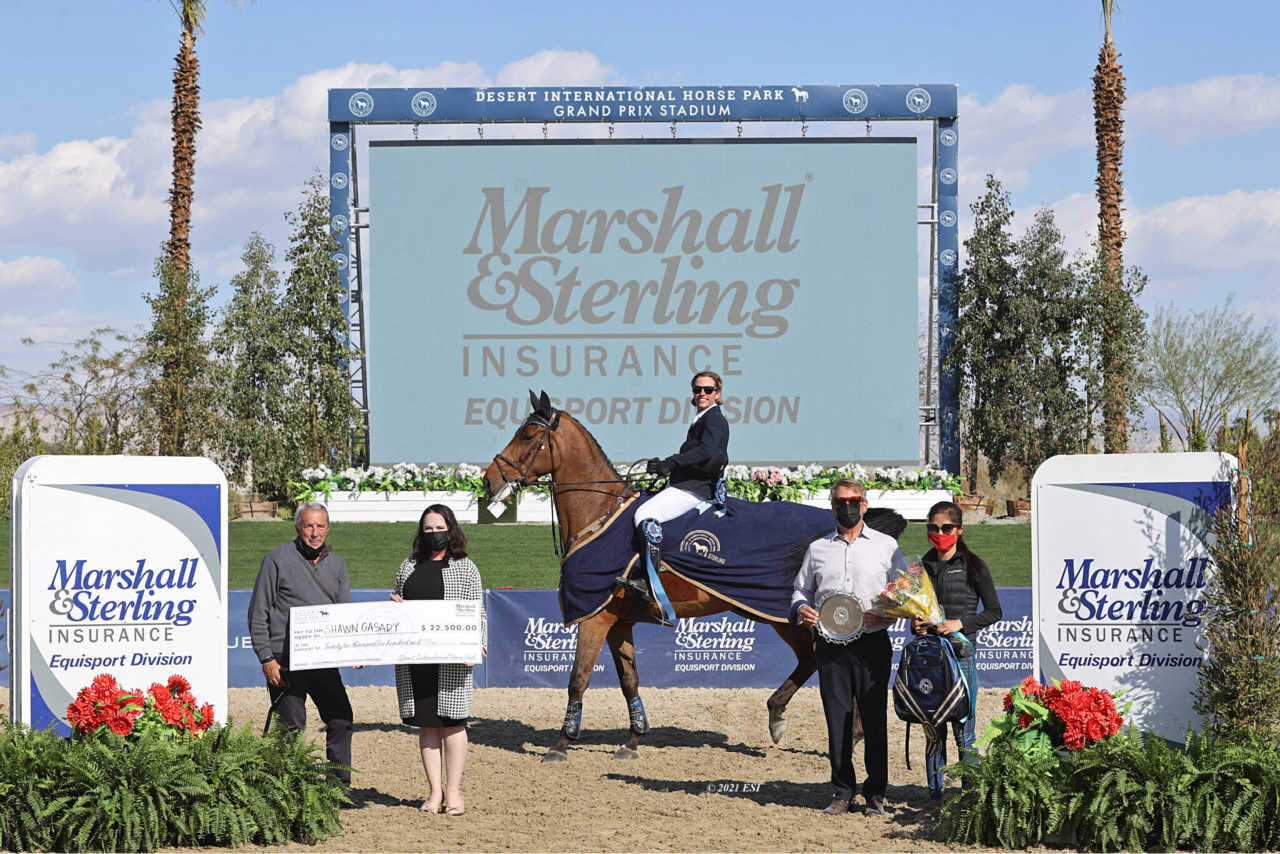 Casady gives all the credit to his mount Lyranta Van’t Gebroekt and her enormous stride for the win in the class, “It really is about the amount of ground she covers. The oxer in the middle, I was able to get nine over from one to 15. She just walked it. It was far away at like stride two and three and all of the sudden you are slowing down and she just snaps.”

Lyranta Van’t Gebroekt is a fairly new mount for Casady as they have only been paired together since Fall of 2020. Casady took his time to get to know the stocky bay mare and found a program that fit. He has been competing with her in the $25,000 National Grand Prixes held on Thursdays and after her FEI debut during Desert Circuit VI, Casady was excited to see how the horse would perform at the 1.50m height.

“Last week, I did her in the FEI; her first FEI. She won the 1.40m and had one down in the 1.45m but jumped really well so I decided I would give it a go in the Grand Prix this week. I had one down Thursday and I figured we would see how it goes,” explained Casady.

Casady has spent all circuit at DIHP and has enjoyed every minute of it. He has been able to compete in both the hunters and jumpers all while assisting clients.

“It has been great. I have been having a blast. The horses have been jumping good; I have had some nice hunters to show, nice jumpers, wonderful students to teach. What I like is that everyone is in one place. I can really work hard and get a lot done.”

This is Casady’s first season back since the facility changed management and he is really impressed with all the improvements they have made. Specifically stating, “the courses have been great, I think they have done a great job at throwing new fences in every once in a while.” He continued to compliment the footing changes that have been made to help cushion the ground. 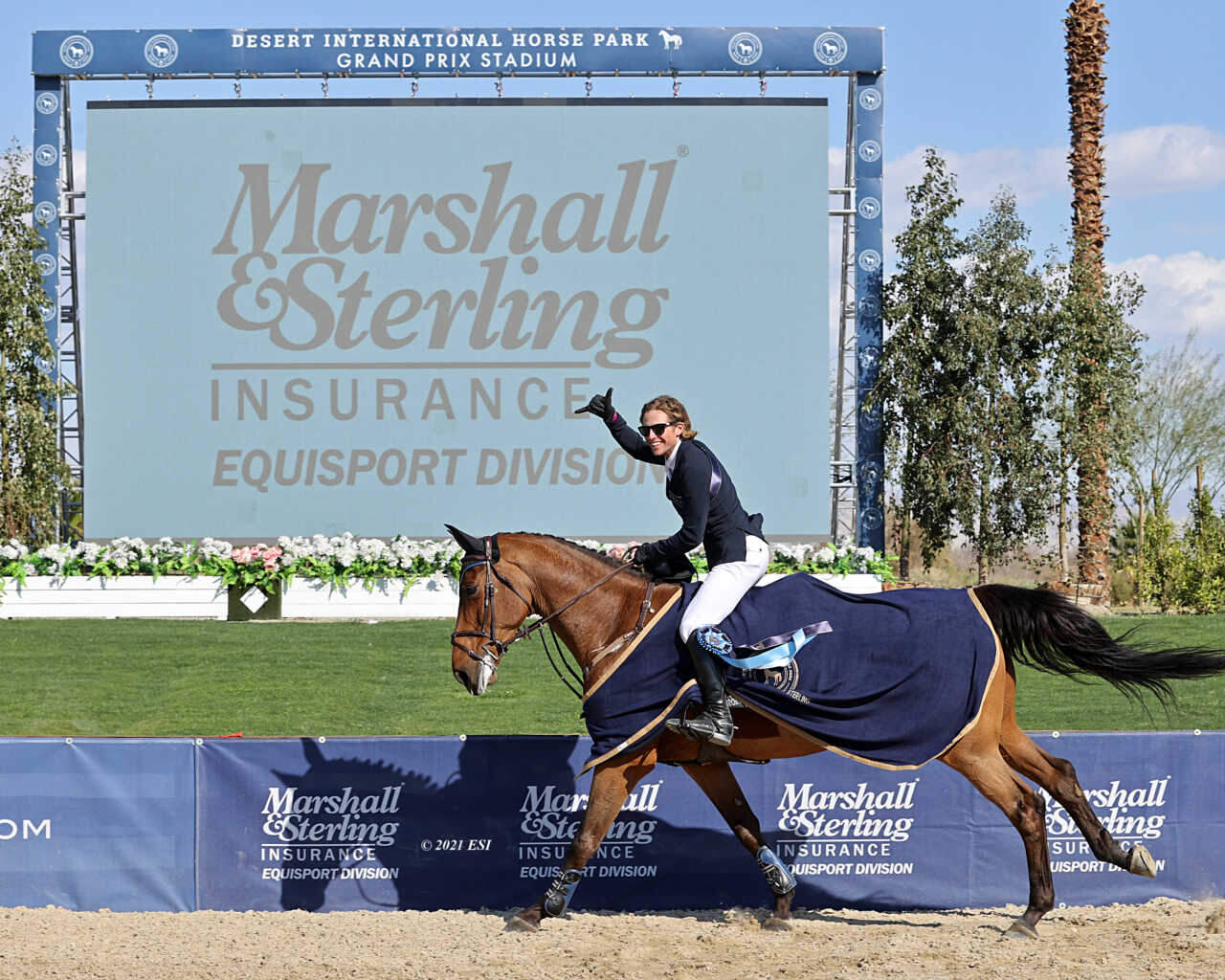