Cassio Rivetti And Genesis Are Champions In The $250,000 STX Vans Grand Prix 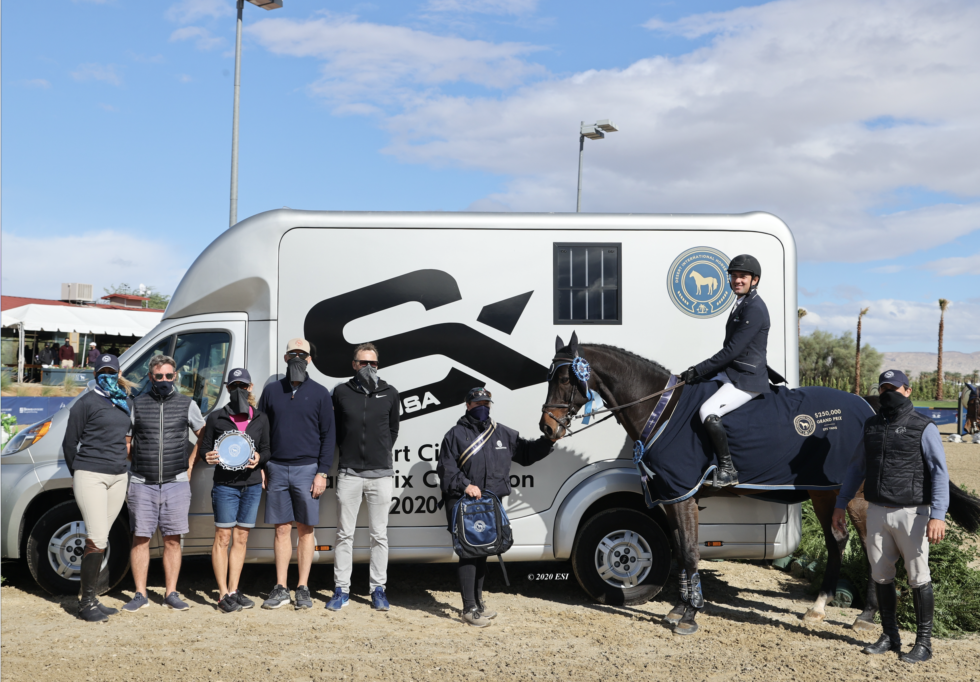 “Genesis is a nine year old gelding. I started riding him at the beginning of this year in Florida. He’s a super horse, he has so much talent,” shared Rivetti about his partner. “He’s improving so much, the last shows have been so consistent. I’m really happy with him.”

The course, designed by Manuel Esparza (MEX), tested 58 pairs and nine returned for the shortened course. “When I walked the course, it was really technical,” noted Rivetti. “I think it was a Grand Prix that was good for California because it put us on the same level as the rest of America and Europe.”

In addition to the six month STX Van lease from today’s Grand Prix sponsor, the pair earned twenty points for their placing in today’s Grand Prix towards the $50,000 rider bonus as part of the $500,000 West Coast Jumper Event Series. “We are going to do the Riders Cup [in two weeks] and then come back here and try to get the riders bonus,” Rivetti commented.