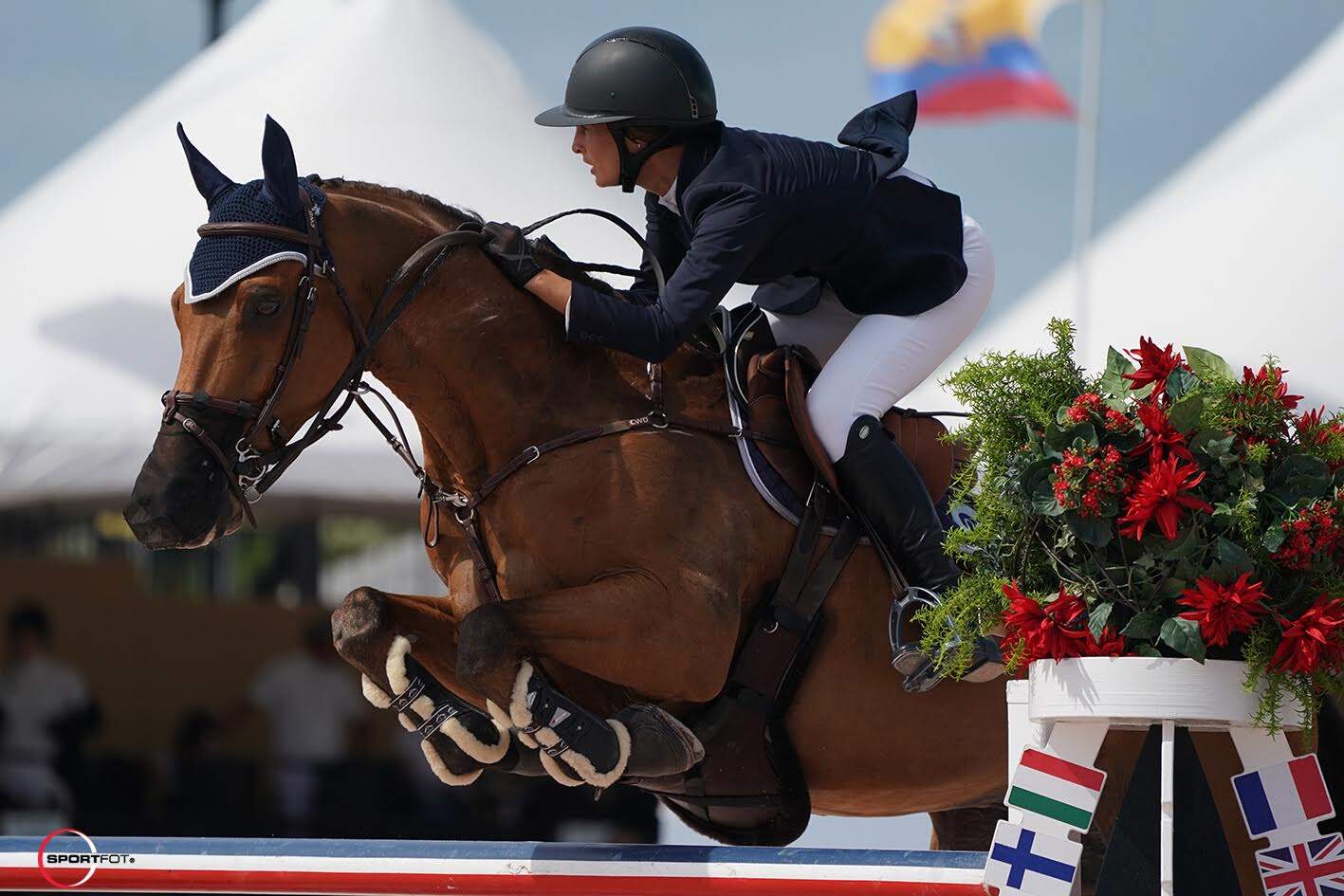 Forty-five entries lined up for the chance to be named the winner of the $50,000 Griffis Residential Grand Prix CSI 2*. Of those 45, 10 went on to increase their chances by qualifying for the jump-off, and there were six double clear rounds.

The fastest of those was 18-year-old Samantha Cohen riding Carmen (a 12-year-old KWPN mare by Whitesnake x Corland), who stopped the timers in 37.56 seconds to take the victory as the first ones into the jump-off.

“Clochard is naturally fast, so starting with a good pace, sticking to it, and staying tight in the turns as possible, I usually end up in the top three,”said Anthony. “I had a bit of luck today coming into the double; he rubbed that quite hard coming into ‘a’. I didn’t have the tight enough turns that Sam did today. She outrode me; she rode incredibly. I was quite pleased with Clochard, how he jumped, how he was responding. In the end, for me to be second, that was on me. He’ll win every day.”

Anthony earned the ride on Clochard, an 11-year-old Belgian Warmblood stallion by Kasmir van Schuttershof x Cascadeur, a year ago and is the professional rider for Neil Jones Equestrian Inc. She noted that riding Clochard is like “driving a sports car, a Ferrari, top quality.”

She continued, “I don’t think there are many like him. He is competitive. He goes into the ring and you instantly feel his energy change. You can go into any class and feel that you have a chance of winning, even if you don’t ride that well. I’ve made mistakes and we’ve still won. He’s quite an incredible horse.”

Third place went to Rodrigo Pessoa (BRA) on Hillside Farm’s Farrero. They had a time of 38.92 seconds