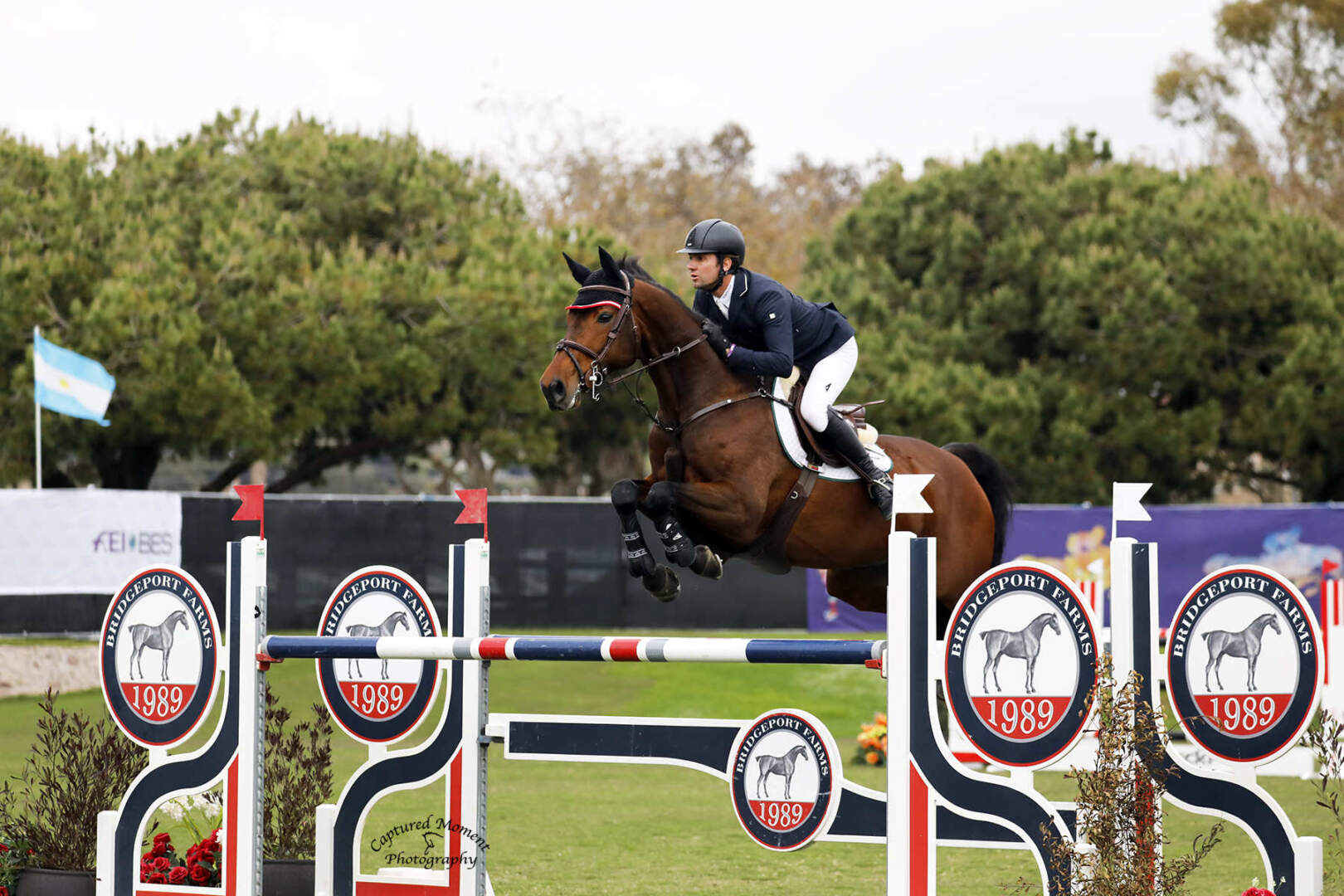 Brazil’s Cassio Rivetti and the ten-year-old Dutch gelding aptly named Queen (owned by Rocking Basilisk Farm, LLC) were second. This is a new partnership for Cassio, and the Neil Jones Equestrian Team is very pleased to welcome owner Jasmine Talley and her group of horses to the training program. `

Second to go, Rivetti and Queen were clean in the power phase and continued on to the speed phase finishing fault free in a seemingly unbeatable time of 31.53 seconds.

Rivetti held the lead well into the second half of the class. Spectators were on the edge of their seats, as they watched rider after rider try to catch his time.

It seemed like Rivetti might take the top prize, until Fellers and Steelbi entered the ring. The crowd watched in awe, as Fellers decided to leave out a stride in the last line, with Steelbi stretching across the final oxer at 13, galloping through the timers in a blazing 28.49 seconds.

We congratulate Rich Fellers, thank course designer Ken Krome for building a track that welcomed the Gold Tour participants to the Grand Prix Field on the first day of competition, and wish current Gold Tour Leading Rider, Cassio Rivetti, a successful rest of the week.