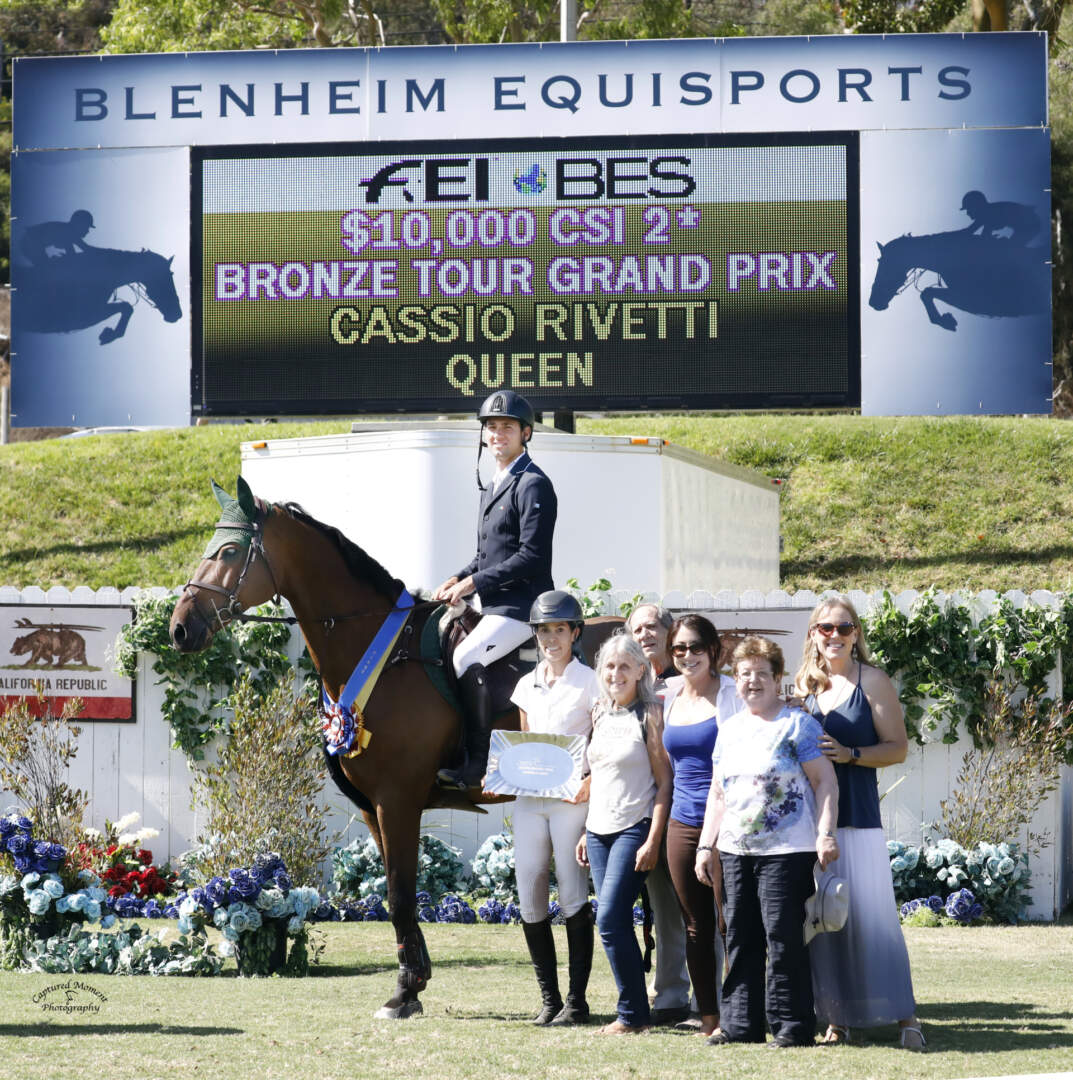 July 28, 2019 – Del Mar, CA  –  It was another day of international excellence at the Showpark Racing Festival FEI CSI2* when the New Zealand and the Brazilian anthems played for the winners of the Silver and Bronze Tour highlight events, as Guy Thomas and Cassio Rivetti led the victory gallops. Anderson Lima (BRA) designed the tracks for the competitive classes, with thirty-six vying for the prize in the 1.45m Silver division and fifty-two riding for a top spot in the 1.35m Bronze division.

$10,000 1.35m Bronze Tour Classic
With twelve clean in the Bronze Tour Classic, and ultimately nine of those double clean, speed was the name of the game in the jump-off. The only rider to stop the clock under 40 seconds was Cassio Rivetti. aboard his second mount. He piloted Queen, a ten-year-old KWPN gelding owned by Rocking Basilisk Farm, LLC, to an unbeatable 39.04s. Rivetti also clocked a double clean in 40.97 on Neil Jones Equestrian Inc.’s nine-year-old Dutch mare Fenna, to ultimately finish third, with Mexico’s Juan C. Martin del Campo riding his faithful Dutch partner Paddington to a fast second place, in 40.77 seconds.

Watch interview and winning jump-off round with Cassio Rivetti (below)